Our warning is about the details of Newcastle City Council’s plan for the section of the Great North Road from Hollywood Avenue junction to Broadway roundabout. As a cycle route is only as good as its weakest link, we are concerned about the council design, well meaning as it is, but it creates some new dangers and leaves them unaddressed. We hope that the illustrations we have now included will help to explain our concerns further. In the absence of functional communication channels, we’d still like to get to the bottom of council’s decision-making logic: we have requested to see the Road Safety Audit (and Vulnerable Road User Audit, if it has been drawn up). We suspect council have ignored sustainable safety principles (more people cycling, more safely) and national design guidelines too.

It’s great, of course, that Newcastle City Council wants to create dedicated space for cycling along the Great North Road and we are fully supportive of that principle. It’s the right thing to do if we want new people to consider cycling: to give them an user-friendly alternative. Newcastle City Council have recently notified Department for Transport of their plans (ie “made the traffic order”). This means council plans will now go ahead unchanged. We are worried about this, as this also means that all concerns we have raised previously have seemingly been disregarded. We therefore feel the duty to re-iterate our warning about certain aspects of the cycle lane design and the Hollywood Avenue junction layout.

Council design shows an advisory cycle lane (painted dashed line on the road) for the stretch between Harewood House and Broadway roundabout, see attached file dated 30 January 2014 and Figure 3 for an illustration.

This design does not offer sufficient protection to the cyclist on a fast road with heavy traffic such as the Great North Road. At the location of the planned advisory cycle lane, the Great North Road has a speed limit of 30mph. There already is a speed camera, telling us that speed compliance has been bad in the past and that actual driving speeds are likely to be higher. The vehicle flow is a heavy 20,000-30,000 movements a day.

Even the conservative DfT guideline LTN2/08 veer towards cycle tracks (ie with physically protection from traffic flow) as the design solution shown on Fig 1 (nota bene: the DfT uses actual road speed, not the speed limit). We’d also like to discuss the level of protection that should be afforded at the location, and would like to point out that it should be done uniformly and consistently along the Great North Road, as can be expected from a Strategic Cycle Route. The Dutch design manual CROW is unambiguous: cycle tracks are needed (and for the unfamiliar to the area: there is not parallel route). And who could argue with the Dutch on cycle infrastructure design? See Figure 2.

Furthermore, the layout with the advisory cycle lane could be made safer and more attractive by switching the car parking with the cycleway. This layout is a well-used concept in cities of Northern Europe and has recently been extensively used in the US, particularly in New York City. The layout would offer much better safety and protection to the cyclist as they would be physically separated from the motor traffic by being given their own dedicated space. This layout, illustrated in Fig 3 and 4, would also tie in with the off-carriageway design at Broadway roundabout. We have asked council to discuss the principle of car-parking protected (or sometimes called ‘floating car parking’) bikeways with the aim to accept this into the council engineer’s toolkit. The full council plans are attached below in the file dated 30 January 2014.

The junctions, as places where movement conflict is greatest, should be given particular attention in the design. There is a nasty design flaw at the Hollywood Avenue junction. There, a cycle lane runs across the slip road, see Fig 5. That layout is most dangerous and the slip road must be closed down or a different layout be sought removing the conflict. Moreover it is dangerous as the cyclist finds themselves suddenly transitioning from what will be protected space along Great North Road onto contested space. The design premise is one of putting cyclists in danger when they least expect it. This kind of design will not attract new permanent cyclists but rather serves as an advertisement against active travel. We want Newcastle council to prioritise cycling over motor movements, not endanger new and existing cyclists. The council plan is attached, see file dated 16 January 2014.

Similarly flawed is the new turning pocket, see Fig 5. This design puts cycle movement (northwards along Great North Road) against drivers turning into Knightbridge. This pocket has been design for driver comfort as the traffic lights will not allow a u-turn anymore. The driver would have to execute a u-turn on Hollywood Avenue instead. We think for cyclists’ safety – including children cycling to school – that’s a small price to pay. The council plan is attached, see file dated 16 January 2014.

Will the new cycle lanes attract new people to cycling? We are sceptical of that prospect. The various schools on Great North Road would make it absolutely vital to design the cycle infrastructure to a very high quality. Otherwise parents will remain unimpressed and won’t let their eight-year old cycle to school.

We raised concerns many months ago and have summarised the gravest ones again here. Yet council has entirely disregarded them and our worries were left undebated. We sincerely hope that council will at least monitor the use and the objective and subjective safety of the new infrastructure. Maybe council could then, in accordance with their findings, act flexibly to adjust the space, layout and traffic light phasing (a request for discussion also pending) to make it safe for cycling. The monitoring could be done by installing cycle counters and carrying out user satisfaction surveys. 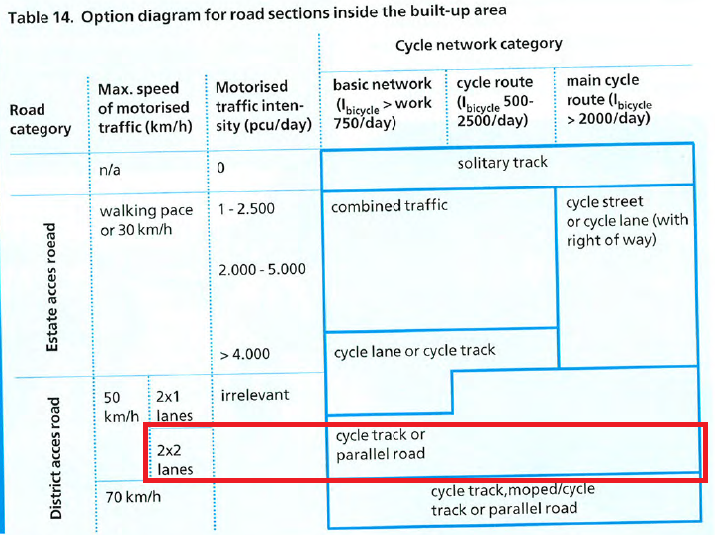 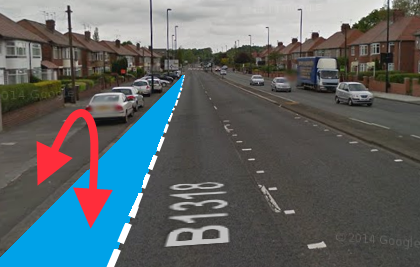 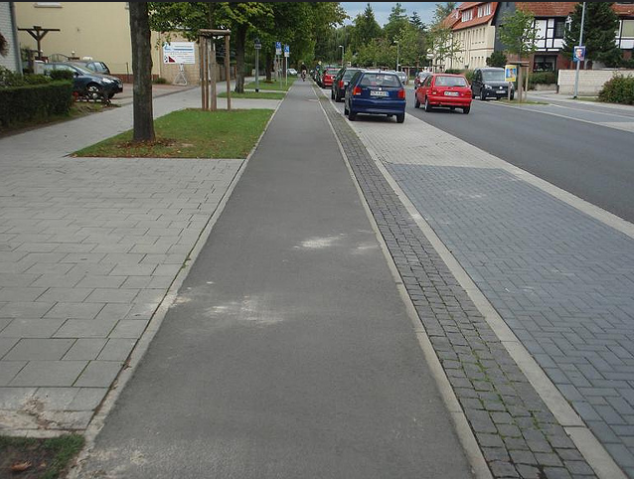 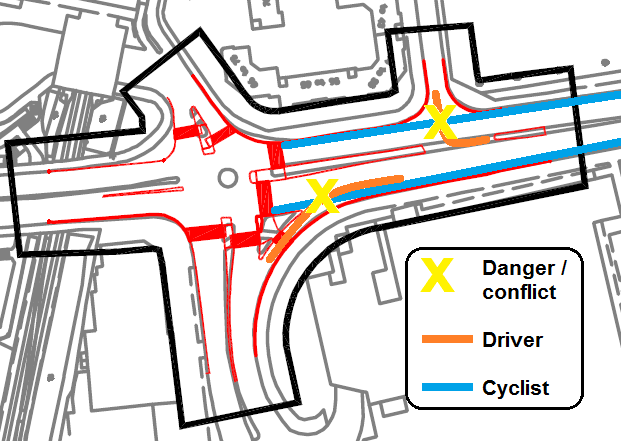