Newcycling lays on another Big Ride in the toon, this time stretching all the way to Gateshead. On 27 September Newcastle and Gateshead will turn red with Space for Cycling banners and bike plates celebrating the campaign’s local success. This time, the big city chiefs Cllr Forbes and Cllr Henry plan to join the ride, alongside the Campaign’s patron Christian Wolmar and, of course, hundreds of city cyclists.

Newcastle rides high on a tremendous success story. Over 60% of Newcastle Councillors support Space for Cycling and want to create conditions where everyone can cycle safely, everywhere without fear of traffic and injury. This support rate puts Newcastle in pole position ahead of other Core Cities.

Cllr Nick Forbes, leader of Newcastle City Council, says “More and more people are getting on their bikes as they discover the significant health and financial benefits from cycling – not to mention the boost to the environment. Despite tough times, the council is making major investments in cycling infrastructure and we are doing all we can to create a safe space for cycling. I hope that people will come along to the event, even if they are a first time cyclist, and see what a difference we can make together.”

Cllr Mick Henry, leader of Gateshead City Council, says : “We’ve seen a huge increase in cycling in recent years, thanks in part to the Gateshead Millennium Bridge which is now the most heavily-used cycle route across the River Tyne. We’ve also invested in cycling and we’re not standing still. Our next scheme is to assist students living in the new student village at Trinity Square to cycle across the Tyne Bridge to university in Newcastle. That work should be starting soon.”

Christian Wolmar, Newcycling’s patron, says ”Cycling is the future; it’s part of the solution to so many issues: congestion, obesity levels, pollution, poor air quality and the overall ‘feel’ of a city. We need to create the conditions so that people can see cycling as a real alternative. Urgency is a keynote. For too long we have all put up with a transport system that is not geared towards providing for vulnerable users such as cyclists and pedestrians.”

Peter Macdonald, Newcycling’s event coordinator, says “Our Civic Cycle Ride is a celebration of the political support for Space for Cycling. It should be a wonderful sight when a large number of cyclists of all ages crosses on the High Level Bridge and the Tyne Bridge. Nearly 200 people joined us for the Big Toon Ride last May and want us to keep city cycling in the headlines. Come and join us to double the number!” 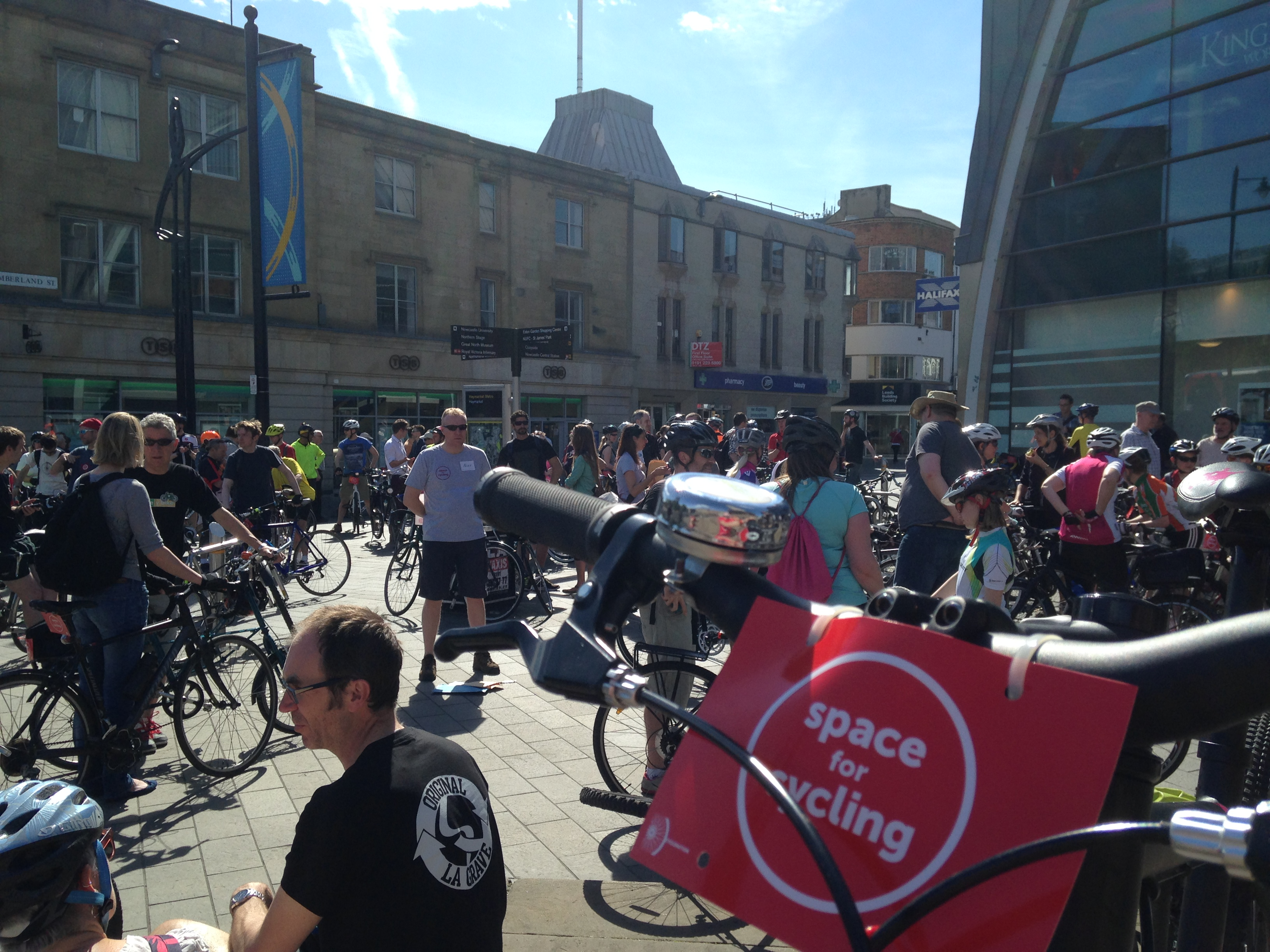